The History of GPS for Vehicle Navigation 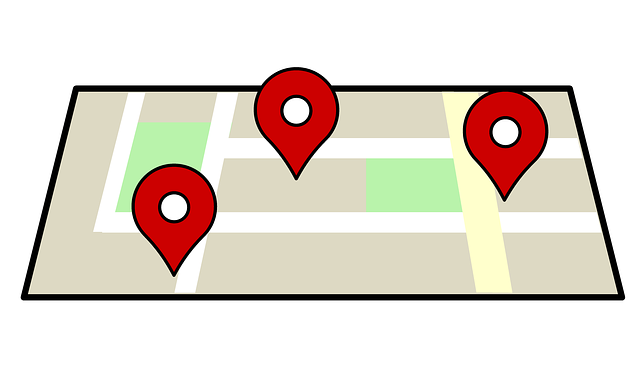 One of my fondest memories growing up was when my family would go on camping trips. Every year my dad would go down to the local convenience store and buy one of the state road maps, bring it home, and open it up on the dining room table. Markers in hand, he would color code the route we would take to our destination, mark all of our stops for food or roadside attractions, and any detours if we decided to see something off the beaten path.

That trip down memory lane brought me to our current lives and into thinking about when exactly did we let go of paper maps in lieu of GPS routing via phones? When did our technology advance from drawing lines on maps to handheld GPS tracking? Of course, my thoughts begin to snowball and I start to wonder if technology in our personal vehicles with GPS tracking systems trickle into public vehicles such as school buses. I decided to do a bit of digging and find out how GPS routing came to be and if school buses use the same GPS tracking software as personal vehicles.

To start with, GPS is an acronym for Global Positioning System and was previously named Navstar GPS. Owned by the United States government, the GPS system is operated by a branch from within the Department of the Air Force known as the United States Space Force (USSF). It was initially created for government use but expanded to civilian and commercial use worldwide later on.

When Was GPS Routing and Tracking Created?

Satellite navigation had been used before what we now know as GPS, but it’s early predecessors had limitations that spurred the United States Department of Defense into launching the GPS project in 1973. While navigation devices have been seen inside vehicles dating as far back as 1930 and the first satellite navigation system being the United States Navy built TRANSIT, it’s specifically the GPS system that excelled and continues into the present time.

Initially created for the United States military and government use, civilian aircraft were able to use it in the 1980’s due in part to President Reagan, though the system wasn’t fully operational until 1995. Later on, in 1998, Vice President Al Gore wanted to include two (2) additional signals for non-military use focusing once again on civilian aircraft.

It wasn’t until 1999 when GPS finally made its way into mobile phones by the manufacturer Benefon. While Benefon safety phones were mostly within Europe, other mobile phone manufacturers quickly joined in and it spread like wildfire around the globe.

GPS navigation for vehicles began officially in 2001 from private companies due to the growing technology and shrinking receiver size, which in turn brought about personal navigation devices inside civilian vehicles such as Garvin and TomTom.

Are There Different Types of GPS Tracking?

GPS tracking isn’t limited just to cars, ships, or aircraft. With the accessibility and reasonable price of GPS trackers, people are now able to track pets and assets to ensure they aren’t lost. While I’m only listing

Personal trackers are used for pets and people. Pet collars with tracking devices are becoming popular, especially with those who have escape artist four-legged friends, due to accessibility, price tag, and accuracy.

Theft has never been a new concept, so what better way to protect your assets by using a GPS tracking device? The most commonly seen of this variety is in shopping carts for stores, but it isn’t limited to just that as GPS trackers can be used on nearly anything from a small jewelry box to a large T.V.

The type of GPS tracking that we’re all most likely familiar with is a cell-based GPS vehicle tracker. Using map apps from our cellphones for directions and finding specific locations is exactly what this is, and is currently the most common type of GPS tracking there is. This method of tracking is much faster than satellite GPS as it uses nearby cellphone towers to send and receive signals rather than a ground station with a receiver.

However, there is a small loophole when it comes to the differences between satellite-based GPS vehicle trackers and the previously mentioned cell-based GPS vehicle trackers; businesses and homes in very rural locations with a lack of cellphone towers are likely to use the satellite method rather than cell as no towers mean no connection availability. Satellite-based vehicle GPS trackers are a fantastic fallback for truckers who drive to various destinations with limited, or no, cellphone access.

Lastly, there is cellular-based tracking. A good example of this is when I worked for a parcel delivery company that didn’t own company vehicles. To track their multitude of drivers on their routes, keep up to date with delivery times and locations, as well as being able to accurately send help if it was needed, drivers were given a company phone during their shift which had a tracking app installed. This helped starter businesses in keeping up with the workflow without needing to spend thousands of dollars on GPS systems that couldn’t be installed on rented vehicles.

What Types of Vehicles Use GPS?

With technology progressing as it has been, I don’t think there’s any vehicle that can’t use GPS tracking. It was initially invented for military use which would be for planes, ground vehicles, ships, and submarines. GPS is now being hardwired into civilian vehicles, but can also use standalone devices for tracking as well as cell-based trackers. Semi-trucks, vans, public transport buses, school buses, and even trains are no exception when it comes to using and benefiting from this amazing system.