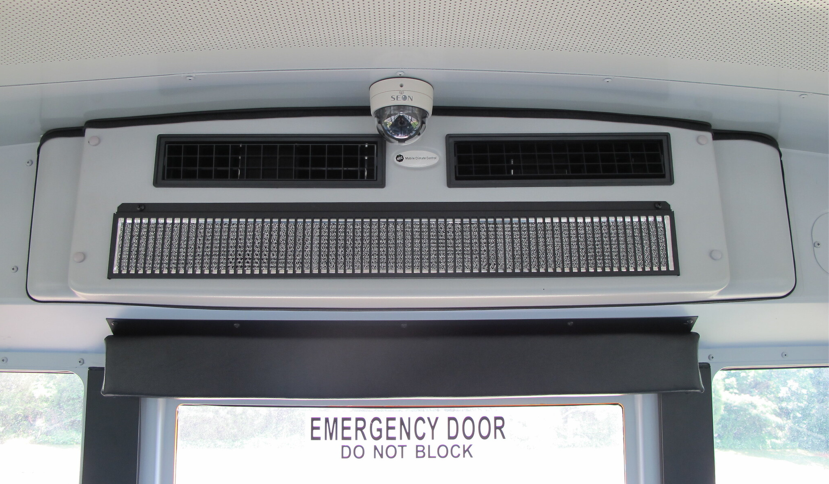 School bus drivers must keep their eyes on the road, so who’s monitoring the students? Sometimes, even the bus drivers need monitoring but adding a supervisor requires more resources than are available to most school districts.

Another, more affordable option, school districts are starting to implement are video cameras on school buses. These cameras can monitor the front and back of the bus, along with crucial exterior areas. While monitoring students’ and drivers’ activities on a school bus is a plus, it’s not the only benefit video cameras have to offer.

Students of all ages ride the bus back and forth from school, and rowdy behavior is not uncommon. Even some bus drivers can exhibit questionable behavior, and this is when video cameras are helpful. When behavior complaints come in, school administrators can review the camera footage knowing instantly who is at fault.

Tracking and preventing bad behavior is only one of the benefits school districts get with video cameras onboard their buses. 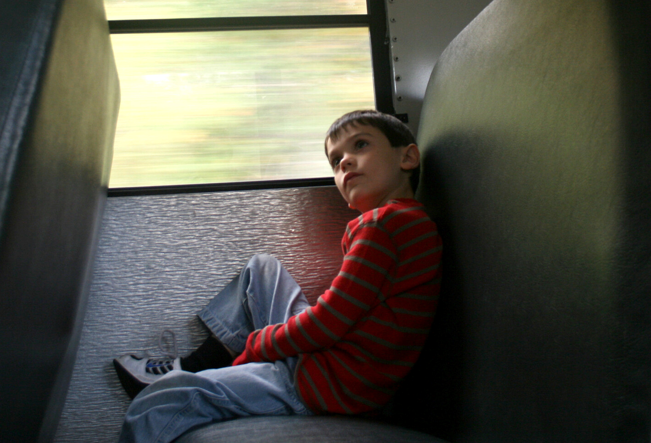 Bullying is an unfortunate problem in schools and on buses. Video cameras using an IP-based operating system provide school officials with an extra set of eyes. The live video and audio make it easy to remotely monitor bus activity in real-time. Video footage identifies offenders if an incident occurs, so administrators and principles can take immediate and appropriate action.

Videos cameras at the entrance and rear exit track students as they get on and off the bus. If a parent can’t locate their child after school, the video footage can help narrow down their possible location.

Almost every school bus driver has witnessed vehicles passing them when the stop sign arm is out. Even the flashing red lights don’t always deter motorists from rushing to their destination. Their behavior is dangerous and can result in serious or fatal injuries to the child.

Motorists know receiving a traffic citation is slim, making it worth the possibility of a large fine. Video cameras installed near the stop arm can capture every detail of the offending driver’s vehicle, often including the license plate. Several school districts are turning the video footage over to local police departments where it’s used to identify offenders.

Bus drivers receive extensive safety training before getting behind the wheel. They are responsible for both road and student safety. It can mean correcting bad student behavior.

Rumors can easily start concerning bus drivers and their safety practices. School administrators will have more than gossip to follow with video camera footage. Even if the video feed isn’t live, the recorded video displays the events. School officials will have proof showing if the safety practices are being followed.

Parents are understandably protective of their children and want to believe they are always telling the truth. It’s not easy for a parent to accept a school bus driver’s words over their child.

It puts school bus drivers in a difficult situation. They have to tell parents about their child’s bad behavior and convince them the child is lying about the incident. With footage from a video camera system, school bus drivers can have easier conversations with parents. Watching the video, everyone can see which child is misbehaving.

Whether the school bus has a short or extended route safety is always a concern. Traffic accidents can happen anywhere, including on residential streets. While rare, there’s also the slim possibility of an unwanted passenger boarding the bus.

In the unlikely event, someone enters the school bus en route, the live video allows officials to alert law enforcement of the presence of an unwanted passenger. The footage is also useful evidence during legal proceedings.

Parents Can Monitor Their Children on the School Bus

Some school districts and video camera systems let parents access the network. From their connected devices, parents can watch their children going and returning from school. For parents, it gives them peace of mind.

School bus drivers often have an easier time keeping rambunctious children in their seats when they know their parents are watching.

Discourage Theft on the School Bus

Students lose items every day, but sometimes it’s due to theft. An unattended item can end up in the wrong backpack. The last thing school officials want to do is accuse an innocent student of theft. CCTV school bus video cameras resolve this problem.

School officials reviewing the footage can monitor the activity on the bus. They can see if an item is misplaced or if another student picked it up. If the item is still on the bus, the video will show where to start looking.

For some students it’s almost a rite of passage, leaving some mark on a school bus. Graffiti inside and out is common, along with interior destruction. Maintaining a fleet of school buses is expensive, without adding vandalism repairs.

School bus video cameras monitor students’ behavior, catching anyone defacing the vehicle’s interior. Cameras installed in the right positions can also monitor the exterior, preventing any potential vandalism when the school bus is parked for the night.

These are the common benefits of installing video cameras on school buses, with safety being the primary one.

CCTV video cameras give students and drivers an added layer of safety, and it’s also a bonus for parents and administrators. Parents can keep an eye on their child, while schools can monitor everyone’s behavior onboard. Steps can easily be taken to improve safety practices, and the cameras can also discourage illegal driving behaviors.

Schools can choose from live feeds or use recorded footage. Video cameras without live-streaming capabilities are more cost-effective to buy and install, but vital safety features are missing. With a live feed, the bus is always monitored. Some systems also come with dashboards, allowing school bus drivers to watch their passengers without turning away from the road.

With so many reasons to use video cameras on school buses, it only makes sense for all districts to use the technology.