While many of us haven’t looked at the balance sheets of a bus company, we know by the weight and engine of a school bus they don’t get great fuel mileage. The average school bus gets 10 miles per gallon and is even lower in the city and suburbs, where school buses often go. Artificial intelligence can help plan better routes that more efficiently use fuel, saving companies time, and providing a bit of an environmental aid for a vehicle that already attempts to cut emissions by keeping parents from driving kids to school.

A school bus route involves many stops followed by a return to a school and then back to the depot. Given the number of bus stops and the often-unique designs of neighborhoods, bus companies and school districts have many obstacles to achieving the best fuel efficiency. 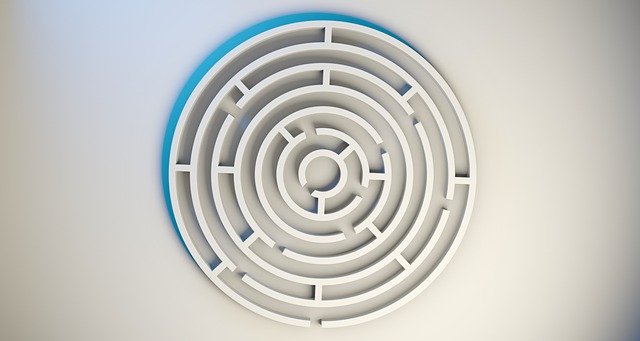 What are the challenges of planning a school bus route?

Construction can present an unexpected challenge. A school bus driver might have to figure out a new route on the fly.

Kids move into districts or switch to a new school midyear. They need to be picked up too and can represent a new stop to be added to the bus company’s schedule.

Between construction and traffic, sitting and idling a bus wastes fuel. Traffic can also cause students to be late in getting to school with tightly and precisely timed routes.

While not directly related to planning the route itself, some students and parents have concerns about when their student is picked up and dropped off. While the biggest factor here includes the school’s own start and end time, there are many studies indicating that early pickup times for high school students lead to academic and social issues, simply because students are tired. Parents of elementary school students prefer kids get home earlier and not get off the bus after dark. Another major factor is when parents will be home to greet their kids.

What is artificial intelligence?

How could artificial intelligence improve fuel efficiency for a school bus?

Speed makes a big difference in fuel efficiency. Getting a bus up to speed takes the most fuel. Artificial intelligence can help find the path that will allow a bus to travel at an efficient speed more consistently.

Traffic causes excess idling and isn’t good for gas mileage. If the bus needs to drive through intersections known to have lots of traffic, artificial intelligence can change the route based on the expected time of day to avoid idling. Feeding artificial intelligence detailed info about traffic can also make the whole route more efficient for time and fuel.

Traffic has a few more variables. How many stop signs or stop lights do a potential route have? Much like a car, a bus is the least efficient under repetitive acceleration from traffic or stops.

Pedestrians always have the right of way. Avoiding areas with a high potential for foot traffic can help lower costs because drivers might need to stop unexpectedly, and repeatedly, to accommodate travelers on foot. Reducing the number of stops near high pedestrian traffic areas can produce better fuel mileage for buses.

Busses tend to have many stops to make. While speed and traffic are important, getting to all necessary stops on the shortest path possible is critical. Artificial intelligence can comb through the details that human eyes might miss and deliver a shorter, more precise route that reduces fuel consumption.

On the go decisions

Unexpected traffic problems happen. Accidents, snowfalls, and other issues can cause bus delays because the driver finds they can’t use a road they expected to. In those cases, a driver can use artificial intelligence to generate a different route. While drivers can sometimes rely on their knowledge for an alternate route, they cannot be aware of every possible scenario and might make a less efficient decision.

Routing a bus to a road with less traffic decreases the risk of an accident. Repair and legal costs are high, so this creates more potential savings.

School bus routes are difficult to manage. Some parents don’t want their kids to be picked up too early, and some not too late. Parents can object to bus stops that are too far away or placed near busy intersections.

The school bus schedule affects the potential beginning time for schools. The beginning and end time for schools impacts many things, including when extracurricular activities can happen, when parents who don’t bus can pick kids up and drop them off, and a variety of other timings that impact the routines of those involved at a school.

Making bus schedules is a complex process. Students need to get to school at the right time while bus companies and school districts keep costs down to use the money elsewhere. Artificial intelligence is completely capable of helping bus companies, and even drivers, make decisions about bus routes based on real-time data. School bus companies just need access to that data and objectives to focus on training artificial intelligence on how to balance costs and rider happiness.