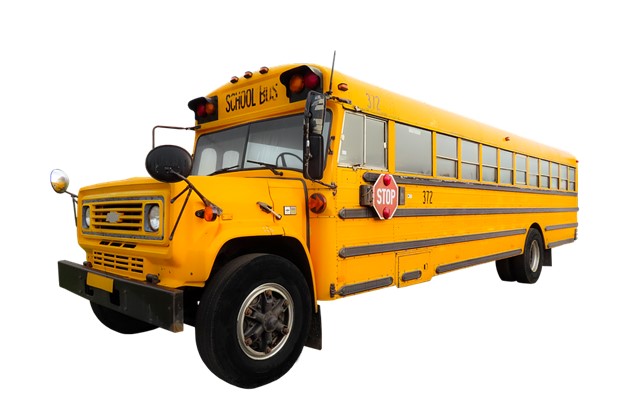 When Can You Pass a School Bus in New Jersey?

You can pass a school bus in New Jersey when the red flashing lights are on only if it is parked directly in front of a school on the same side as the school. You cannot exceed ten miles per hour when you pass. During other driving situations, when the school bus is dropping off or picking up students on its route, you must stop when you see the stop sign deployed and the flashing lights on. You may not pass a school bus on its route until the driver has turned off the lights and folded in the stop sign.

How Far Do You Have to Live from School to Get a School Bus in New Jersey?

Do School Buses in New Jersey Have Cameras?

School buses in New Jersey do not currently have stop-arm cameras on them to catch incidences of drivers that do not obey school bus stopping laws. These are meant to help keep children from being at risk when they are being picked up or dropped off before and after school. These cameras are typically affixed to the swing arm that has the stop sign on it and is meant to catch drivers who are passing the school bus illegally.

What Is the Safest Seat on a School Bus?

The safest seat on a school bus is often the middle seat. The best seats for safety are the ones that are located on the right-hand side between the tires. These are the seats that are the least likely to be impacted by a head-on collision or other driving-related accident.

What Are the Black or Yellow Lines on the Side of School Buses?

The black or yellow rails that are on the side of school buses are called rub rails. These are put on the side of buses to prevent the bus from caving in at weak locations as a result of an accident. They offer an added layer of protection for thin school bus walls and make it possible for children to be rescued through windows and doors because the bus has not crumpled out of shape.

As of 2019, all new school buses in New Jersey will have to have three-point seat belts on them for students. The prior law required two-point seat belts, so this was an upgrade to increase the safety of children on the bus. This law prevents children from being ejected from the bus in the event of a crash and makes it less likely that they will suffer internal injuries.

School bus stop signs work by being deployed when the school bus stops to pick up or drop off kids. The sign has flashing red lights on it and the bus will also show flashing lights when the stop sign is in use. This sign is meant to stop both lanes of travel near the bus so that children can safely get onto or off of the bus. Traffic that is heading at the bus will also be required to stop in case children have to cross the street to get to a sidewalk.

What Does a School Bus Stop Ahead Sign Mean?

This sign is placed on roadways that have tight curves of other impediments to the line of sight that might make it easy for motorists to accidentally hit a bus or children that are getting on and off of it. The school bus stop-ahead sign warns of locations that might have a school bus during drop-off and pick-up times. Drivers should reduce speed and look ahead to make sure that they do not hit a stopped bus or harm children that are getting on and off the bus in these locations.

Can You Pass a School Bus with Flashing Yellow Lights in New Jersey?

You cannot pass a bus that has its flashing red lights on, but not necessarily its flashing yellow lights. This is the warning process to tell motorists that the bus is slowing down to a stop to pick up or drop off children. The stop sign should be deployed shortly after these lights come on, so motorists are directed to slow down as soon as they see the warning yellow lights.

What License Do You Need to Drive a School Bus in New Jersey?

You will need a CDL to drive a school bus in New Jersey and you will also have to have the “P” passenger endorsement and “S” school bus endorsement. Some counties and districts will also require that bus drivers have basic first aid and CPR training as well as other certificates related to emergency situations that could arise while the students are being transported.

Do You Have to Stop for a School Bus on a Four-Lane Road in New Jersey?

You will have to come to a complete stop if you are on a four-lane road in New Jersey unless there is a physical barrier between you and the school bus, like a median divider. You will need to stop at least 25 feet away from the bus. This includes cars that are in the right lane of a four-lane road with a double-yellow in the middle. Always assume that you will be safer if you stop for a school bus than if you do not, unless there is a physical barrier present.