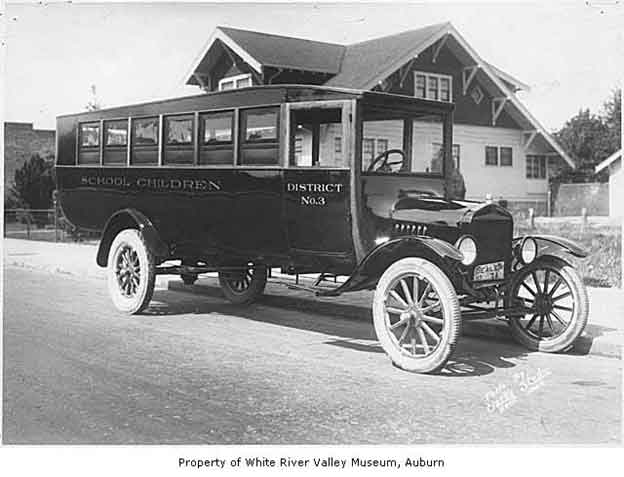 Long gone are the days where kids would trek up and down hills for miles in the snow and ice to get to school. Now, most localities have a very well-developed plan for getting kids to school via school bus and there are over 480,000 operating throughout the country. The school bus is believed to be the safest form of “surface transportation” in the U.S., which is important seeing as over 26 million kids use them every year. We’ve all certainly seen unmistakable yellow school buses, but most of us do not know how they have evolved and become what they are today. Let’s take a look at the history of the school bus and how it has transformed in the past centuries.

The earliest reports of a “school bus” - defined loosely - are from the 1880’s when children conjured up so-called "kid hacks," which were normally wagons or specially-built carriages with benches that were pulled by horses. In the 1920’s, established “school buses” were coming into existence and becoming more popular. These were normally made of wooden benches and featured a tarp on the top as opposed to a secure, weatherproof roof. While these weren’t quite ideal, they served their purpose of getting kids to and from school. 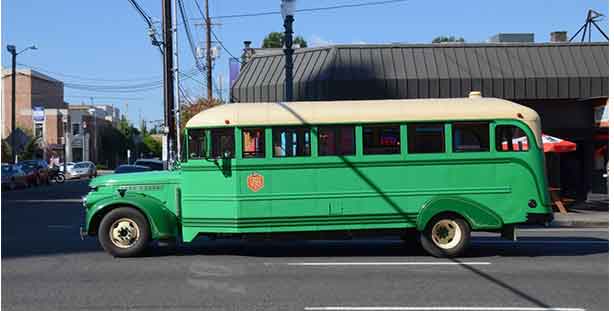 In the early 1930’s, manufacturing company Wayne Works was credited for making the first bus made of steel with glass windows for safety. Instead of “hopping off” the backs of the makeshift “buses” and “kid hacks,” the entries of the buses were moved to the front. Wayne Works would go on to remain one of the most successful bus-makers for several decades until its bankruptcy later in the 20th century.

The University of Manhattan hosted its first official meeting in 1939 that resulted in forty-four national standards regarding school buses. One of these that has remained in effect is the mandate that school buses be "national school bus glossy yellow” because the human eye registers the color yellow quicker than other colors.

The 1970’s also saw many changes in school buses due to safety concerns. Flashing lights and warning lamps were installed on buses to indicate a bus was stopping or preparing to stop. Increased and more reliable crash tests also showed where manufacturers could improve, and in 1977, the U.S. Federal Motor Vehicle Safety Standards for School Buses went into effect and implemented many regulations including new seating protections and pedestrian safety devices.

In 1992, more regulations were imposed and school buses began to be manufactured with other safety measures that included more emergency exits, more efficient stop arms, and improved mirrors that allow drivers to have more visibility coverage around the bus.

The transformation of the school bus into what it is today undoubtedly created a need for more reliable logistics. With so many school buses on the roads today, the need for school bus fleet maintenance is more critical than ever. Since school bus safety is a top priority of school districts, ensuring that regular check-ups and routine maintenance such as oil changes and tire rotations is mandatory. Conducting preventative maintenance on a set schedule can help school districts extend the longevity of their school buses and therefore have a smaller set of non-functioning buses.

Another major change that came with the influx of school buses nationwide was the need to track them. School bus GPS routing has become quite common, not only to track buses, but also to notify parents and teachers when a bus is running late (or early). School bus tracking has become an integral part of many students’ lives in the past few years and seems to be here to stay.

Various technology companies offer software for these arduous tasks, which includes components like routing and scheduling processing, maintenance schedule maintaining, total costs, fuel costs, and service costs. Many of these softwares can aggregate students’ data and formulate the best routes and the most optimized directions so school districts can get the best performance out of their bus fleets. These software offerings can also be useful information for school systems when they are looking to make an annual budget as well as make sure enough buses are available at any given time.

Technology advances have also changed the way attendance is recorded in school buses. Many school buses no longer rely on the hand raises when “counting heads.” Instead, certain softwares offer digital attendance recording, which allows bus drivers to electronically take counts of the students in their buses. They may also allow bus drivers and school staff to seamlessly pull up information on each child, if needed.

Field trips have also become much more organized these days, and being able to manage school bus fleets is crucial for that, too. Before school buses, field trips were not really offered unless the destination was within walking distance, but as school buses have evolved, they now carry kids to and from many educational attractions. Accessibility technology has also greatly improved within the past couple of decades, and many school buses are made with accommodations for students with special needs.

“Bad behavior” has always been a problem for kids on school buses, and technology has also evolved to the point that cameras are installed in some buses for these reasons. The largest school buses can have upwards of 80 students on a bus at once, and one driver alone cannot monitor everything going on. Having cameras mounted in buses (even some that are not functional) can deter bad behavior, and those that are working can record any altercations or misbehaving.

Back in the early days of the school bus, most drivers were volunteers, parents, or sometimes even students. The U.S. has since implemented much stricter standards for drivers which, of course, includes formal background checks, fingerprinting, and interviews. School bus driving has remained mostly part-time, seeing as the job is only necessary for a couple of hours in the morning and afternoon. School bus routing and scheduling tracking can also ensure a school district has enough eligible, approved drivers at a given time.

Ultimately, school bus routing, scheduling, and tracking has become much more prevalent in recent years with the advent of new technologies as well as stricter safety and security protocols. While new inventions and protocols make kids safer and improve organization, they also mean school districts need more efficient and reliable tools to manage school bus fleets and make sure kids are getting to and from schools as they are supposed to.