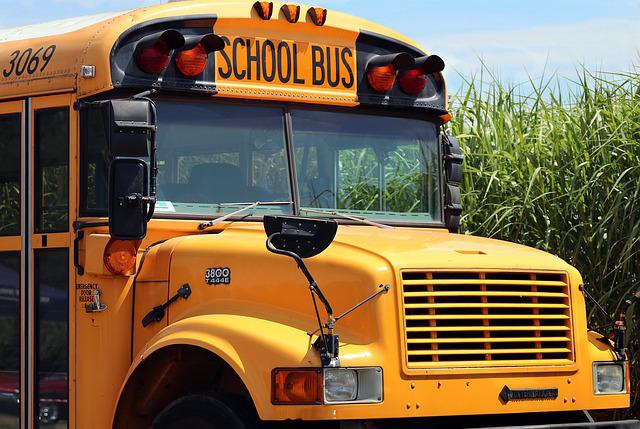 How Far Do You Have to Live from Your School to Get the Bus in Ohio?

Students that are K–8 and live two miles from the school or more will be eligible to ride the bus, with additional categories expanding possible bus access to others, like high school students and those who live less than two miles from school. Parents are encouraged to bring their students to the bus stop and to pick them up from the bus stop after school. Some locations will have shared drop-offs for country roads that cannot be accessed by school buses.

What Experience Do You Need to Have to Drive a School Bus in Ohio?

You must be at least 21 years of age and have two years of minimum driving experience, in addition to other requirements. You will need to have your CDL and you will need the right school bus endorsement, as well as the “P” for passenger certification. You will also need a school bus endorsement that is indicated on your license as an “S.” School bus drivers might also be asked to drive children for field trips in Ohio.

What Is the Penalty That Is Assessed for Improperly Passing a School Bus in Ohio?

You could be fined no more than $500 for disobeying school bus laws. You could also have your driver’s license, CDL, and other licenses and privileges suspended.

Can You Pass a School Bus with Flashing Yellow Lights in Ohio?

You can pass a school bus with flashing yellow lights on but this is an indication that the bus is slowing down to come to a stop and you could place children at risk by doing this. The flashing yellow lights indicate that the bus is about to stop for pick up and drop off and you should slow down and come to a stop to wait for the bus to take care of the children who live along the route.

Do Ohio School Buses Have Cameras?

Ohio school buses have cameras on their swing arms for their stop signs, effective early 2021. This was done in an effort to catch drivers who disobey school bus laws and pass school buses that are stopped to pick up or drop off kids. The drivers that are caught by these cameras will likely be assessed a $300 fine[k1] .

Can a School Bus Turn Right on Red in Ohio?

While not explicitly addressed in Ohio administrative codes, it could be assumed that school buses can turn right on red due to the allowance for turn-arounds and the wording in Section 4511.13 of Ohio Revised Code. A school bus driver will not turn right on red if they will impede traffic by doing so, among other stipulations addressed in the description of turn-around procedures, to include a certain distance of visibility.

Do I Have to Stop for a School Bus on a Four-Lane Road in Ohio?

If the road is divided into four lanes, drivers that are approaching from the opposite direction do not have to stop. Only drivers on the same side of the roadway as the bus are required to stop. Children shall not be picked up and dropped off across the road from their residence, so there should be no need for children to cross many lanes of traffic to get to their home address.

How Many Feet around a School Bus Is Considered to Be a Danger Zone?

The school bus is considered to be a danger zone within ten feet of it on all sides. It is particularly dangerous for children in the ten feet in front of and behind the bus. The most dangerous part of the bus is in front of the front bumper near the right tire, although it can be as much as 30 feet around the bus. Children should be made aware that they are not visible when they are directly alongside or in front of or behind the bus.

How Big Is the Blind Spot behind a Bus?

The blind spot behind a bus extends 50 to 150 feet behind the rear bumper. Drivers can see to the sides of the bus, but being directly behind the bus in this area will make your car or people who are standing there essentially invisible to the driver of the bus. This area can extend up to 400 feet for some bus models.

Do School Buses Have to Stop at Railroad Crossings?

Why Are the Mirrors on a Bus Rounded?

Convex mirrors are attached to buses to make sure that bus drivers have a wide-angle view of the side of the bus as well as the roadway to the side of them. This does mean that these mirrors show the back of the bus, however, and drivers and pedestrians around buses should remember that buses will have large blind spots near them.

Ohio does not require seat belts in full-size school buses at this time. There are only eight states that do require this and Ohio is not currently one of them. There has been some work done to try and change this law but no changes have been applied legally as of yet.

What Is the Average Size of a School Bus Seat?

The average school bus seat is about 39 inches wide. This is maximum seating coverage for three small children but will likely only seat two older kids. There should be no more than three children in a bus seat for this reason.